This release was a lot of work and I have not had time to get everything finished! I'll be documenting this after a short break. Unfinishedness is the way of wikis, as they never are ;) This page in particular is a good time capsule of how far this wiki has come -jls

The box is built of double-walled Particle Board sandwiched around Mass-Loaded Vinyl, with MLV strips used to create an air-gap between the particle board. Though they are related, soundproofing (preventing transmission through a medium) and anechoic treatment (deadening reverb) are complementary processes -- you don't get soundproofing from anechoic foam! The name of the game with soundproofing is mass -- you need heavy stuff in the way s.t. the high impedance mismatch reflects the sound rather than transmits it. You also want disorder, where sound can't travel along the length of some contiguous piece of the material. Particle board is great because it's a) really heavy, and b) made of, well, particles glued together such that they don't have any contiguous structure. Mass-loaded vinyl is flexible and dense, and dampens waves that do travel through the particleboard. The seals are also critically important, as a 1% open area will let through 90% of the sound (not real numbers).

For example, the rear panel, with particle board in white and MLV in black:

The inner particle board and MLV panels are made smaller than the outer panel so that the panels can be joined without making linear paths for sound to travel through. The relative sizes are empirical and depend on the size of your panels, but for example, here are the rear, left, and bottom panels joined together 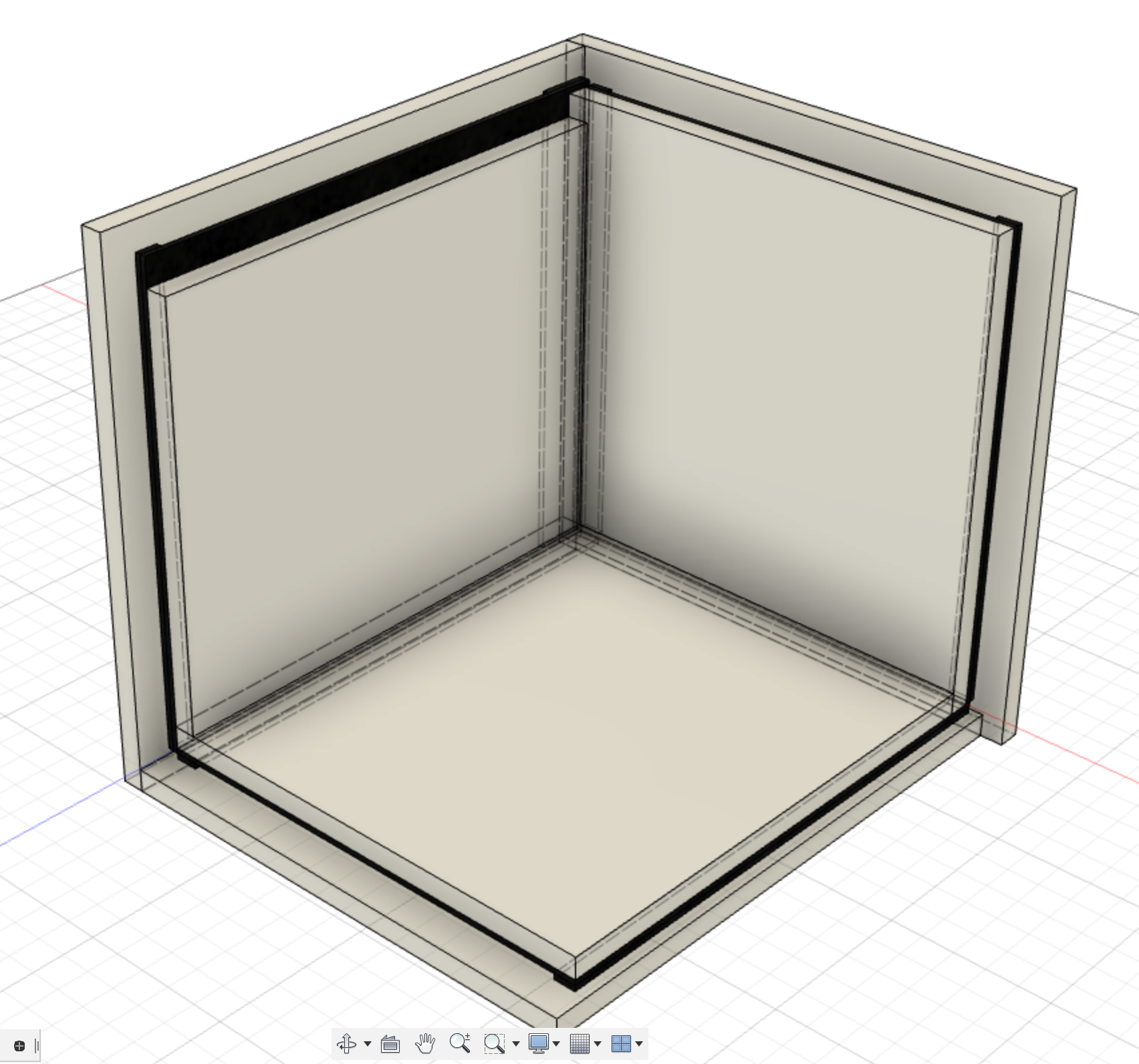 The panels are assembled separately, and then joined with OSI SC-175 Acoustical Caulk a bead of spread where the panels meet, clamped, and then screwed together (we tried a test box without screws making a mechanical connection from the inner to outer particle board and there wasn't a measurable difference).

The door is attached with Strap Hinges and Draw Latches, and a seal is created using compressible high-density Weatherstripping that works better than you'd think.