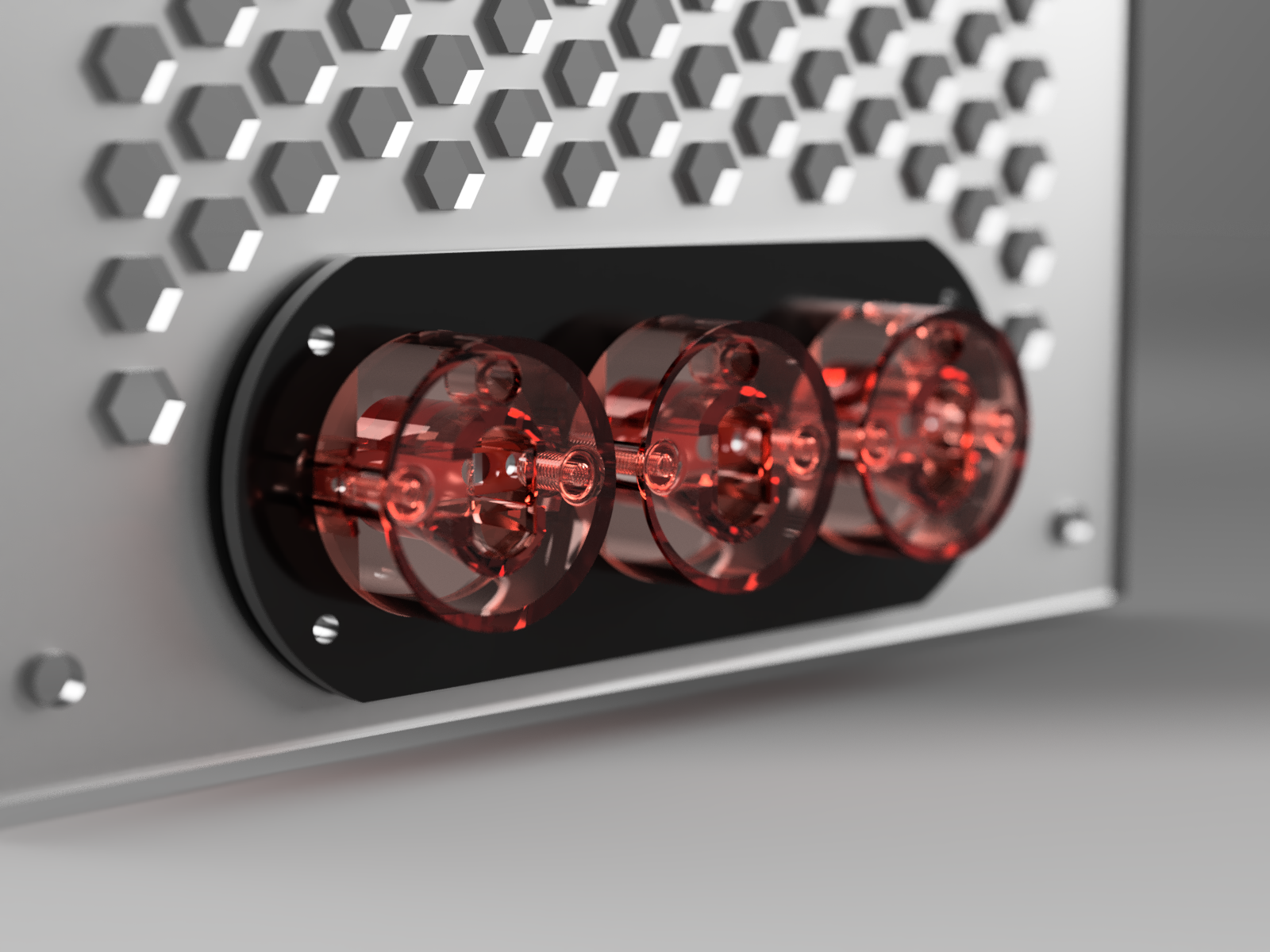 A panel of three mouse-sized nosepokes to sense behavioral input, for delivering water reinforcements and, give task feedback via an RGB LED

An attachment for the Autopilot Hex Panel Tripoke (and Autopilot Behavior Box) to sense pokes, deliver rewards, and deliver feedback with an RGB LED to mouse-sized animals. 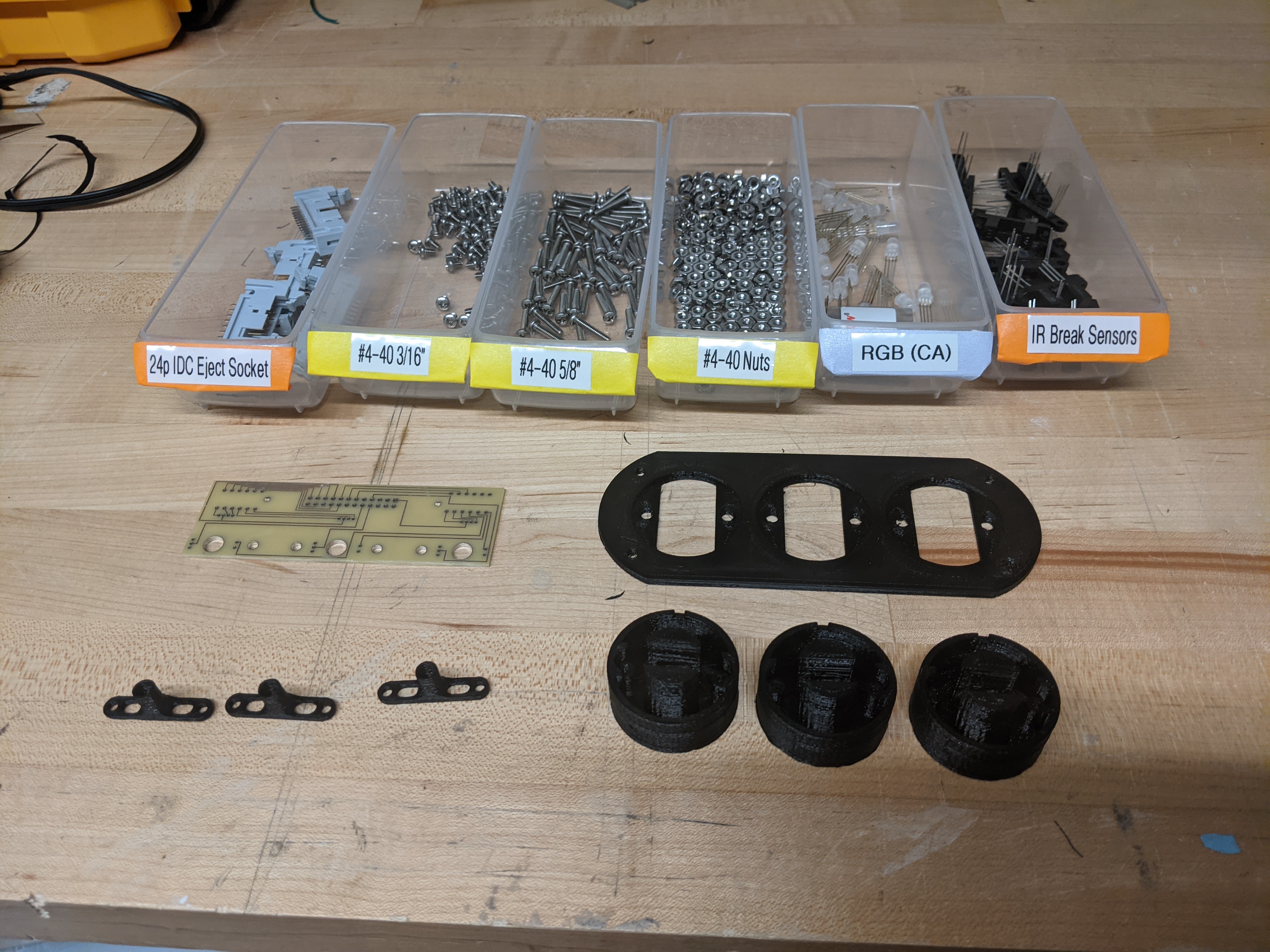 When ordered from ExpressPCB, the Tripoke PCB comes with two boards on a single piece of silicon. First, cut them in half. With a ruler, mark a center cut line, and then follow it carefully with a cutoff wheel (like [2]) on a dremel.

The board uses 200 Ohm resistors (adjust depending on what LED you use) to limit current to each of the channels in the LED and to the IR transmitter in the beam break sensor. This board is designed for through-hole components to make it easier to assemble, so start by folding the legs of the resistors parallel and placing them through the line of holes on either side of where the ribbon connector will be. Pull the legs of the resistors through with needle nose pliers to get them to lie flat.

Place the board in a third hand, flip it over, splay the legs of the resistors to either side, and solder

Trim the legs with wire cutters.

Place the socket through the center holes on the same side as the resistors, notch side away from the center of the board. This usually seats it snugly enough to solder, but if it doesn't, hold it in place while you solder one or two legs, and then you should be able to let it go.

Push the IR beam break sensor, LED, and needle holder into the cap in the order shown: 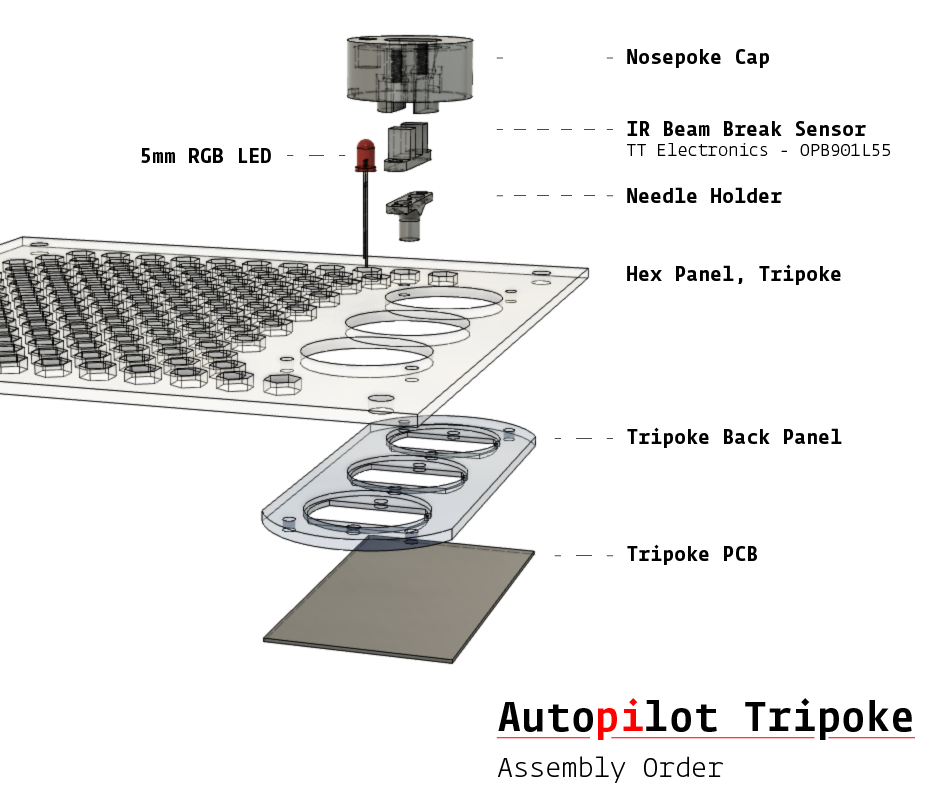 With the cap backside up and the LED/notched side facing up:

It should look like this, with the top of the needle holder flush with the back of the cap. 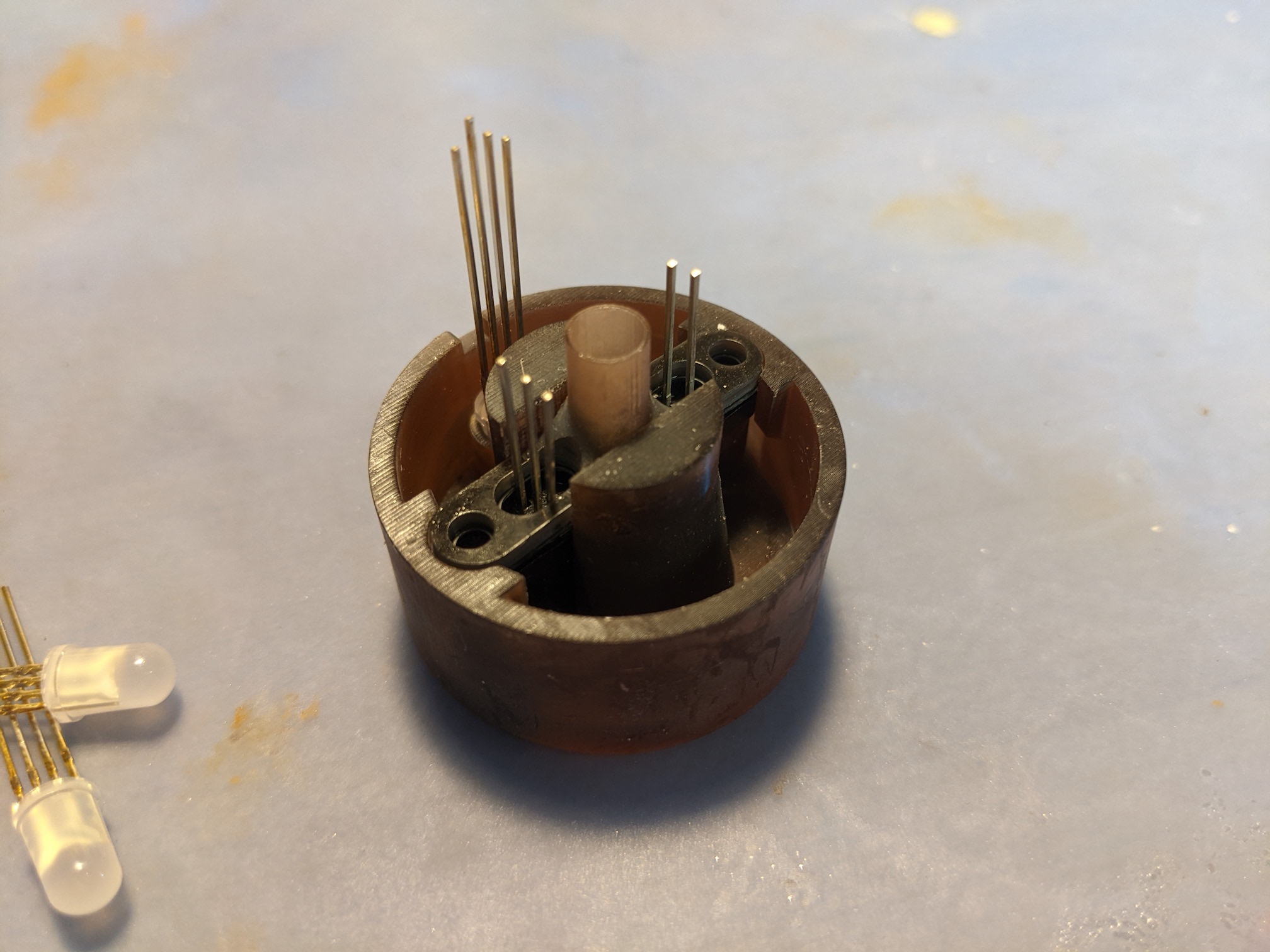 Drill a hole through the center of the IR sensor from the needle holder side - the holder should guide the drill bit. Use a drill bit sized for an 18ga (.0478") surgical syringe. It doesn't have to be a perfect match, a 1/32" bit will do fine with a bit of wiggling while you're drilling to widen the hole. 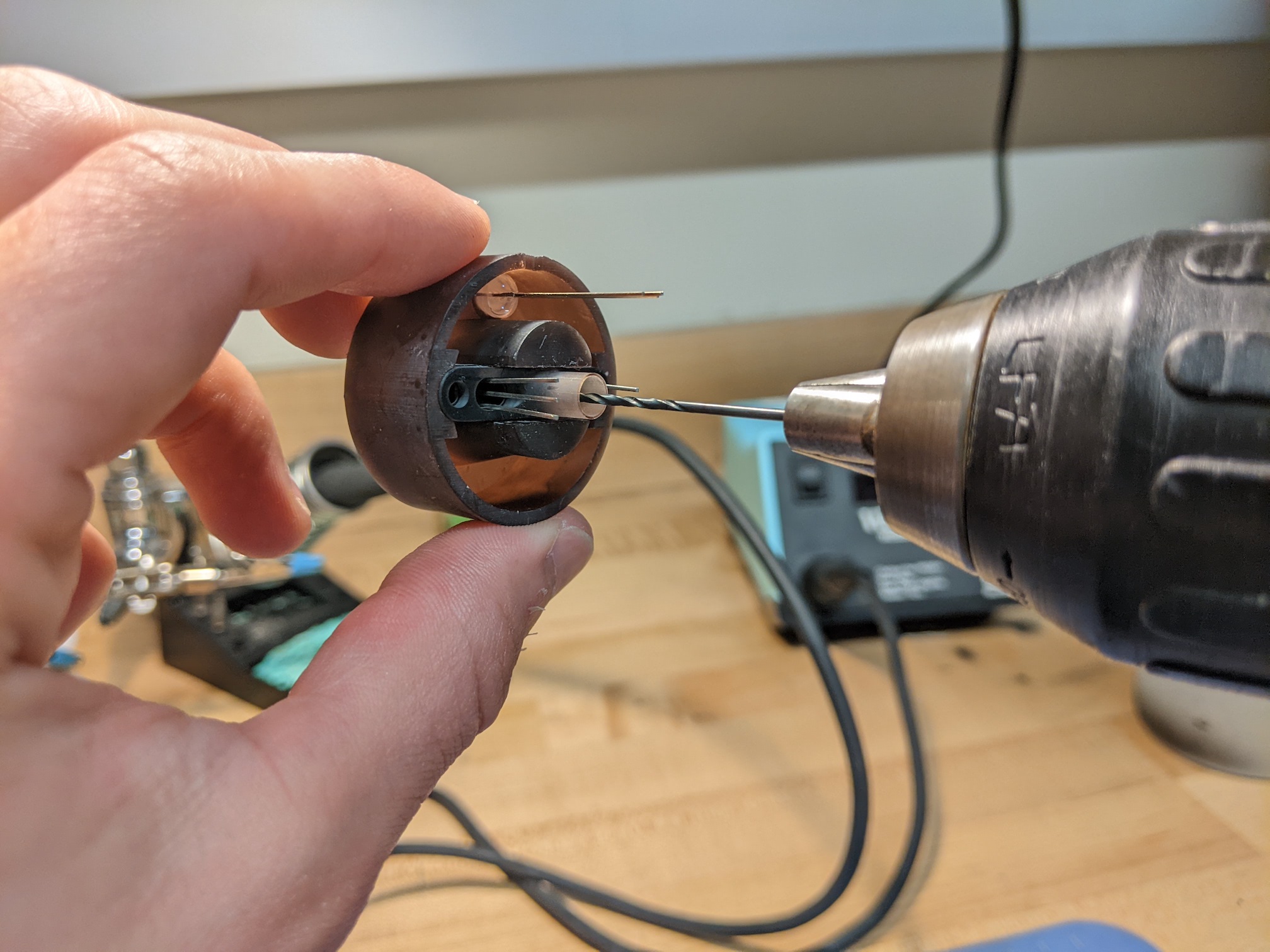 Use a Dremel with a cutoff wheel to cut the needle. Beware of flying needle tips! Wear safety goggles! 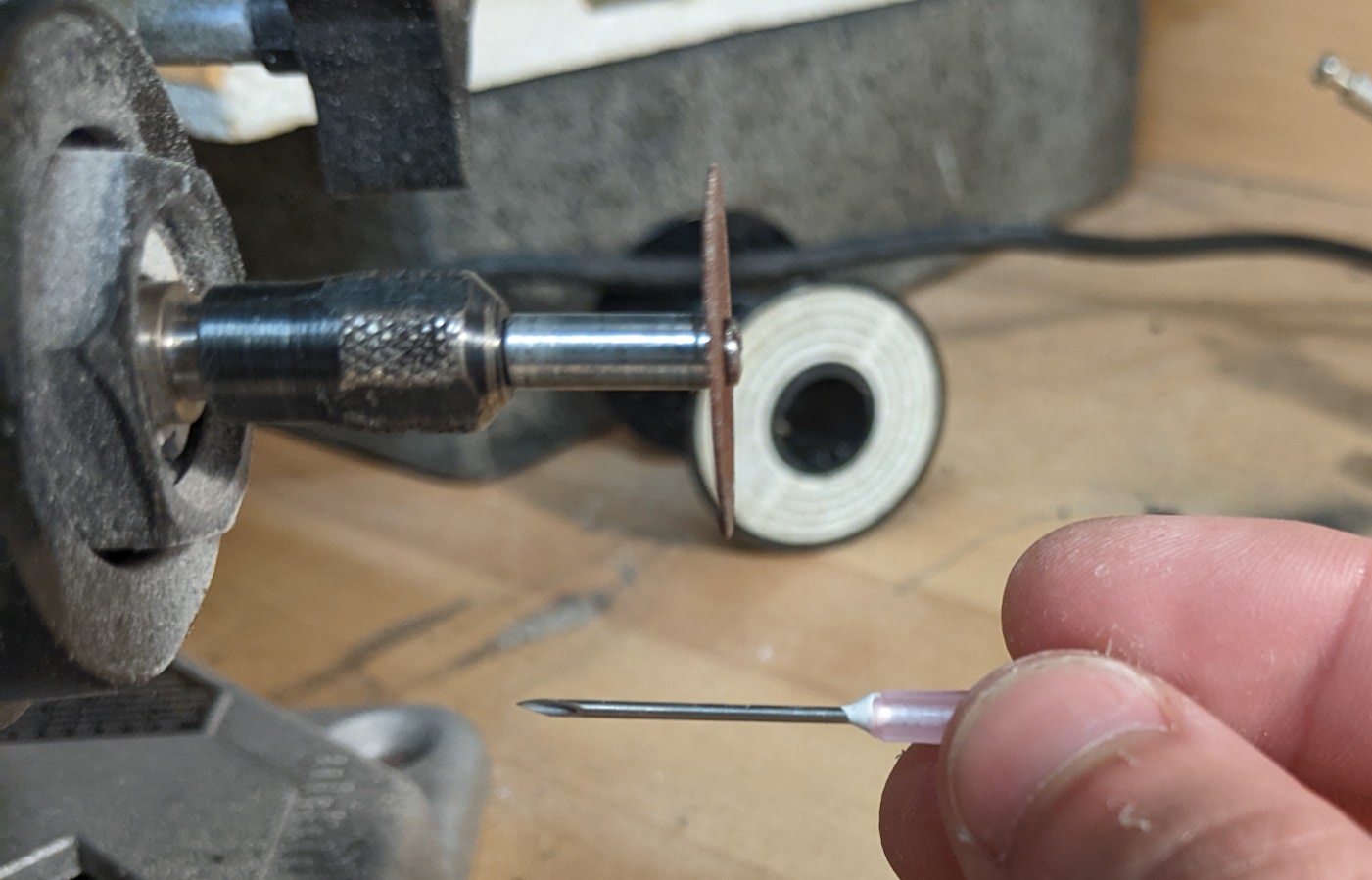 Err on the long side at first, cutting and then testing the length in the nosepoke until you get it right. Once you've gotten the right length, smooth the tip of the needle by turning it against the side of the cutoff wheel.

Push each of the assembled caps first through the tripoke backplate and then into the PCB. Guiding the legs can be a bit tricky, so I recommend trimming the legs of the IR sensor to different heights so they can be put in one by one. Sorry for the absolutely atrocious quality of the print in the picture, it's old. 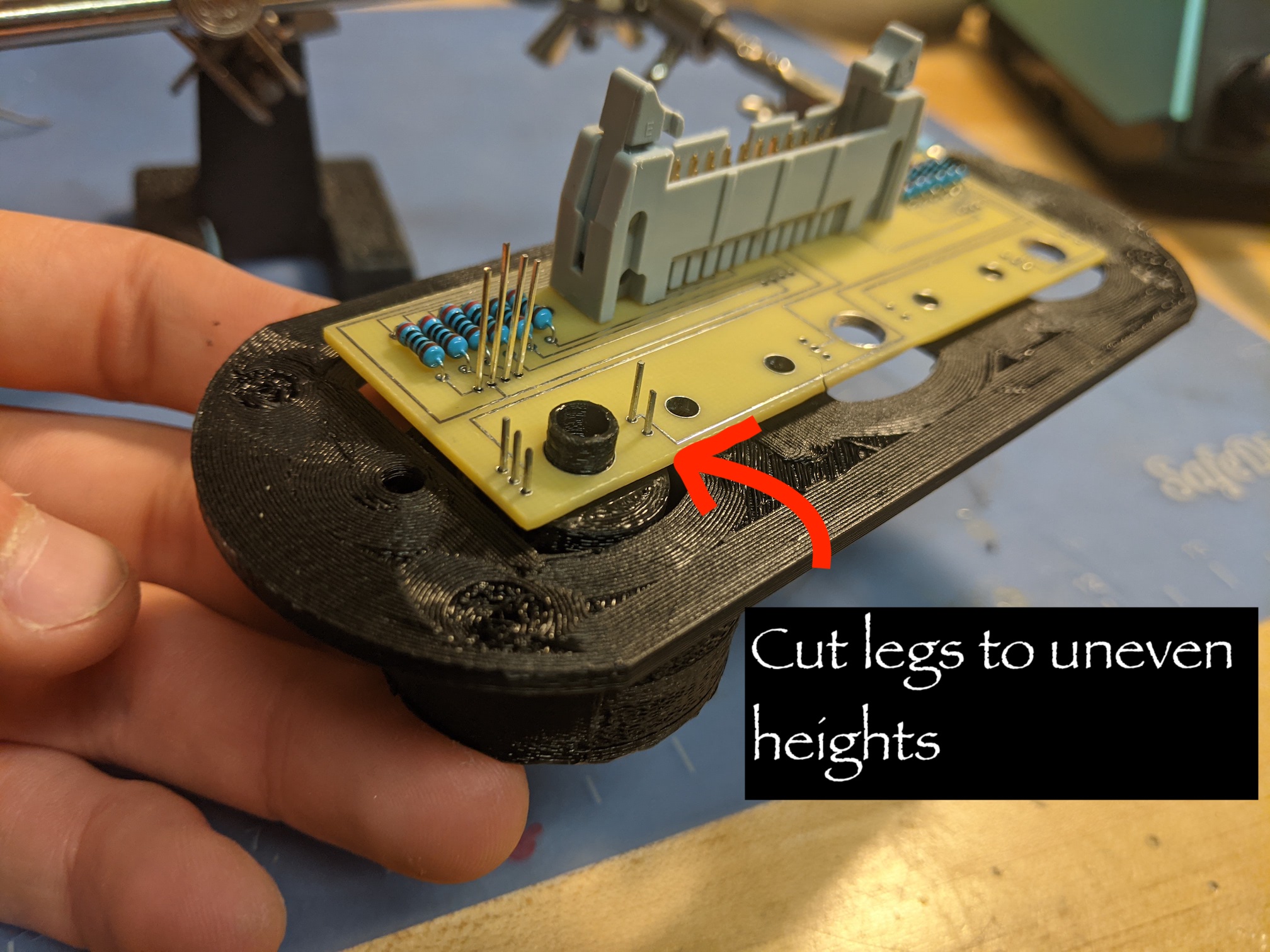 The caps have #4-40 threads[1] printed on either side of the needle holder. Screw the caps in place with 5/8" #4-40 screws. Screw slowly, as the threaded columns can shear from the rest of the cap, and with inevitable print imperfections the threads are only approximate.

Solder the remaining legs from the LEDs and IR sensors, and then clip the legs with wire cutters. If your soldering is as messy as mine, yours should look something like this: 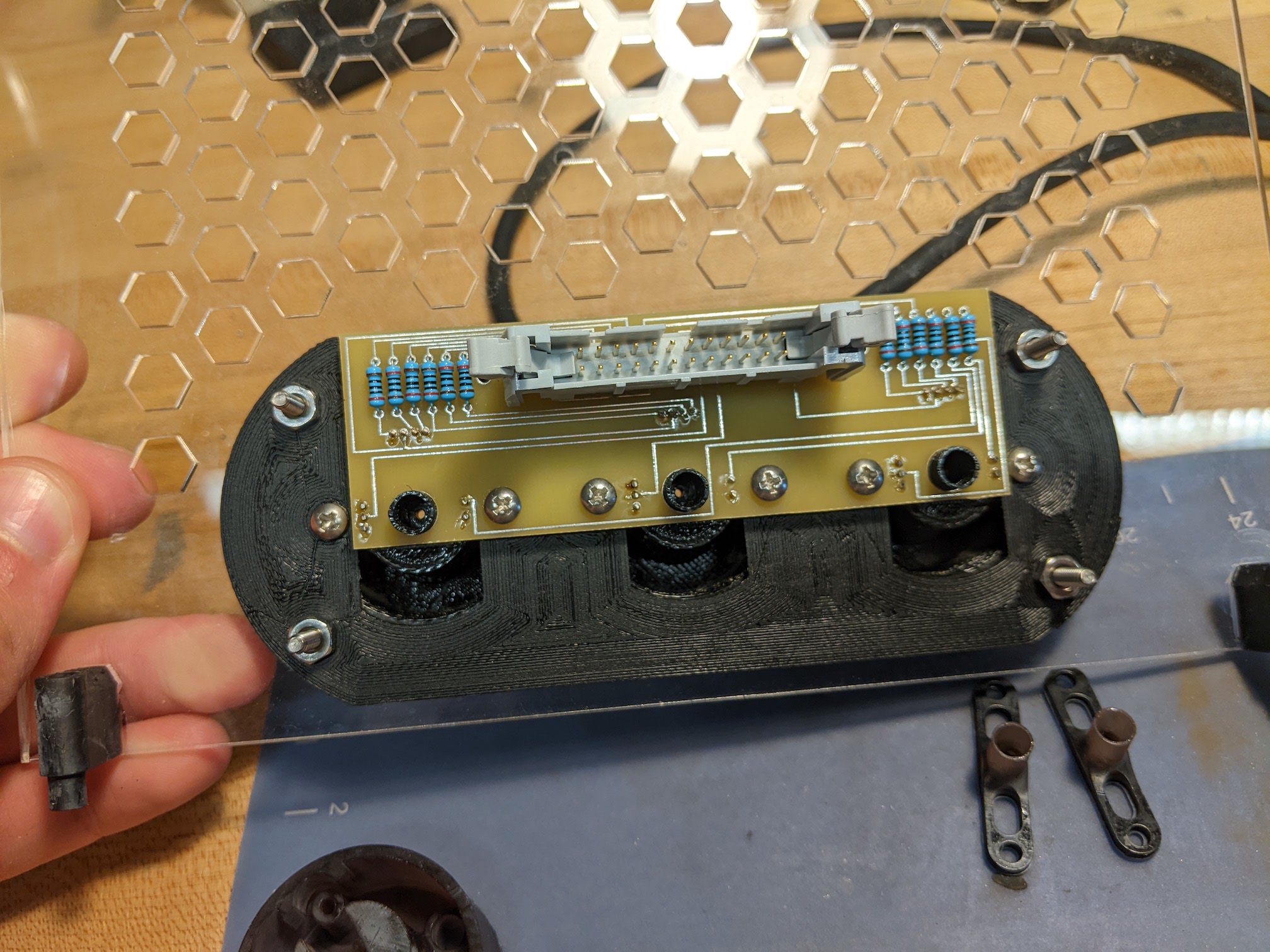 You can attach it to the Hex panel with #4-40 screws and nuts, and it should be ready to use!

The PCB pinout corresponds to the first 24 Raspberry Pi GPIO pins, so your ribbon cable needs to be made to match that orientation. 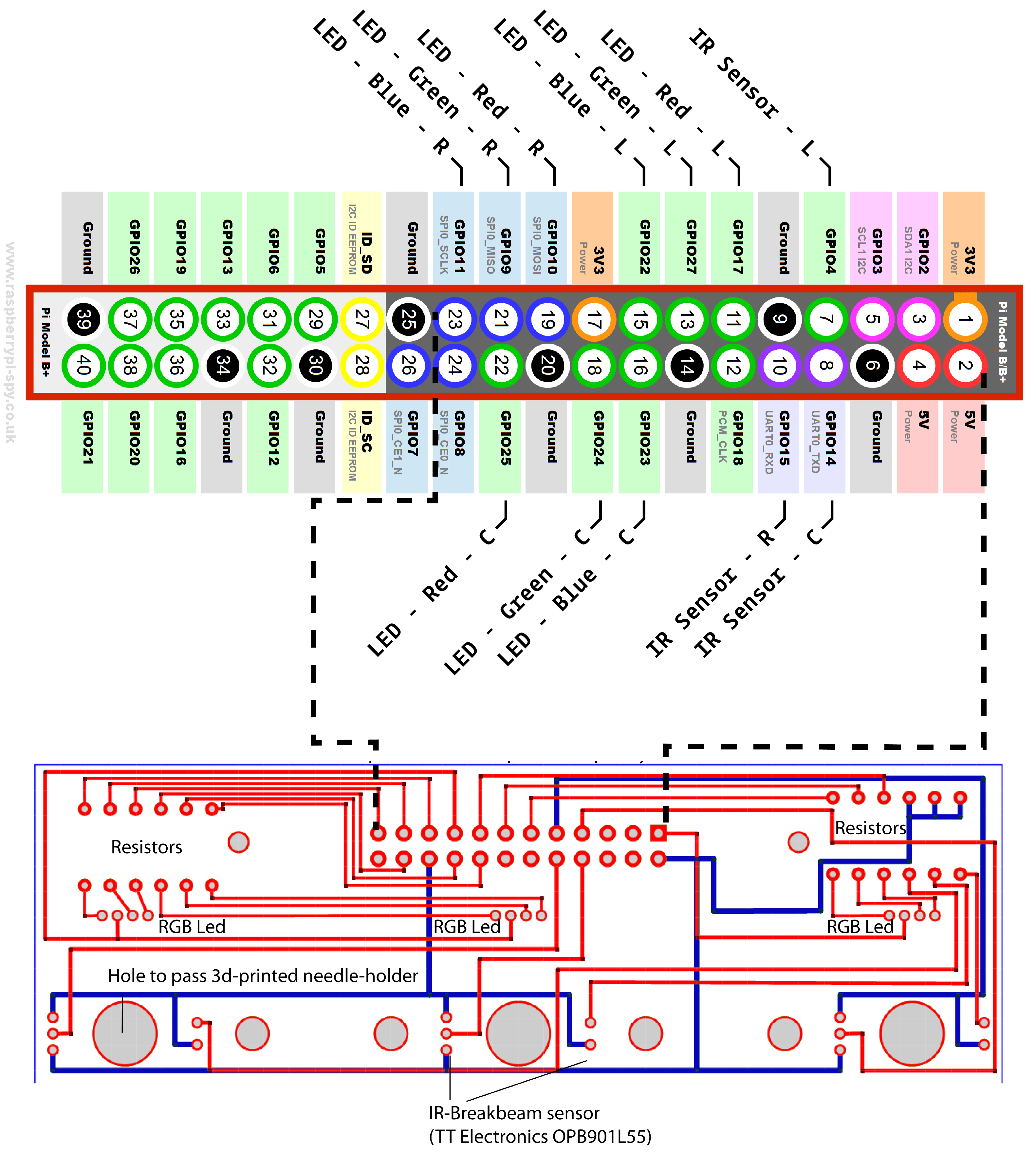 Cut the 24-wire ribbon cable to length, being mindful to cut perpendicularly across the ribbon -- you can trim it later, but that lends itself to a sloppy cable. Put the end of the cable through a female ribbon crimp socket, align the wires between each of the sets of pins, and crimp the back of the socket down onto the wire. There are specific crimping tools for this, but I don't have one and just used a pair of pliers.

To use the tripoke, you can use the following hardware definition in your prefs.json file. In our case, we use common anode LEDs, which have an inverted polarity (LED is turned on by bringing the voltage low): common cathode LEDs should use "polarity":1.

Note: If you want to use this with a HiFiBerry Amp2, pin 7 is used to mute the amp, so the wire needs to be rerouted -- we cut the wire to pin 7 and spliced it to pin 24 which is unused in this PCB. 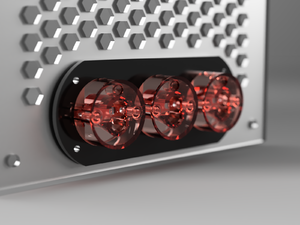